„Year 79020AD: at the end there is a beginning. A beginning when the machines take control on a long interstellar journey where people were nothing but frozen passengers, looking for a new home.“
On March 16, 2034, 1am (met), a gigantic Gamma Ray Burst swept away all life from Earth. This Hypernova set the end point behind a fatal chain of human decisions. The ongoing weakening of the ecological balance made the earth increasingly vulnerable. Governments were paralyzed by wars and famines, pandemics and environmental disasters. The magnetic field weakened, the protective earth atmosphere evaporated and the Hypernova had an easy game…. the Anthro- pocene ended. The warnings from the future that the world first received on May 15, 2033 were heard. Large corporations, which were previously interested primarily only in overexploitation of the earth, used all their know-how and capital to make the impossible possible: the completion of two generational spaceships: the E.D.E.N. and A.L.P.H.A. Mission.
The goal: Kepler 186F On August 7, 2033, they left for Alpha Centauri. The last person died 54 years later on board of the A.L.P.H.A. starship. From now on humanoid machines controlled the mission for almost 77,000 years until they reached their destination. This world was beautiful, outerworldly beautiful, perfect and untouched. And mankind is nothing more than an imperfect memory, a destructive illness, a threat to per- fection, an existence of which is not of value ... ... and they decided to stop the replication mission, delete the human’s DNA code and start to worship HIM.
They called HIM Atom, the great architect, the creator of everything, God. „We are nothing but atoms trying to find its way back to the stars.“ 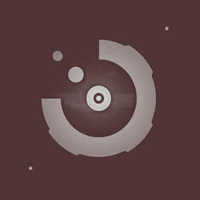