(ltd. ed. 1000) Under influence of Dark Wave icons Christian Death or Virgin Prunes german based band "The Eternal Afflict" got together in 1989. Musician Mark was seeking for a new singer to found his project "Romantic Affliction", which was later renamed to "The Eternal Afflict" when he found Cyan as lead singer.
After the release of three demo tapes the debut album "Atroci(-me)ty", followed by the EP ("Luminographic) Agony" in1992, which did feature the bands biggest successor to date "San Diego", was released. The song is still a massive club hit throughout the dark scene.
In 2020 Infacted Recordings decided to choose "the Eternal Afflict" as part 41 (!) of their all-time classics collection. "Ballads, Bombs and Beauties" is the ultimate rarities collection of this leading Dark Wave project. 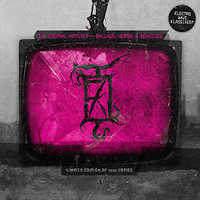