2017. A requiem in 4 acts for the musicians who have left us in 2016: 10 January 2016: David Bowie is dead!
18 January 2016: Glenn Frey, the legendary guitarist of the Eagles dies after serious illness! 26 January 2016: The singer Colin Verncomb aka Black dies of the consequences of an accident! March 8, 2016: The "fifth Beatle", George Martin dies in his homeland! April 21, 2016: Prince is dead! 07 November 2016: Leonard Cohen dies from the consequences of a fall! December 25, 2016: George Michael is dead! 27 December 2016: Carrie Fisher dies after a heart attack! 28 December 2016: Just one day after the death of her daughter Carrie Fisher, the great Debbie Reynolds dies!
"In 2016, the world has lost too many great artists - creators of unique moments for eternity! With their art I grew up, their greatness, their megalomania, their uniqueness, their entire work has shaped my childhood and youth and was often my guidance: the visionary versatility of David Bowie, the unmistakable uniqueness of Prince, the depth, melancholy and humbleness of Leonard Cohen! Thanks to their art, I learned not only to listen to music but to feel it! Their art was the inspiration for me to enter into this magic world of music! Now this album is dedicated to all of them - in gratitude". - Tilo Wolff (Lacrimosa) 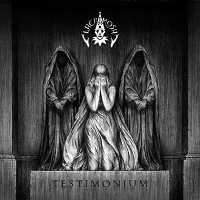